Jamalpur is a beautiful city in Munger district in the state of Bihar. Jamalpur is famous for the largest workshop that is the Jamalpur Locomotive Workshop. It is one of the largest workshops in India. This workshop has over 25,000 employees at its training institution. Maithili and Hindi are the most common languages spoken in this part of Bihar. Jamalpur is also famous for its scenic beauty which is contributed by hills, lakes and waterfalls. The freshness of the climate and the beautiful scenery surrounded by hills makes it an unforgettable experience for those who visit this city.


Past and Present of Jamalpur 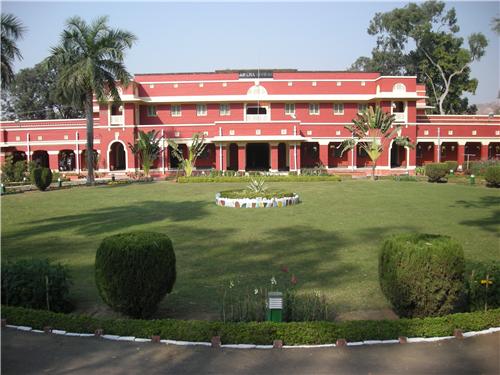 Jamalpur is one of the fast developing regions in Bihar. It is also the birthplace of Ananda Marga movement started by Prabhat Ranjan Sarkar in 1955. Jamalpur which once only was an engine changing station is now one of the remarkable workshops in the world. Long before, the actual headquarters of the Locomotive Department was at Howarah. It was the decision of the late D.W.Campbell to remove the workshops and the locomotive offices from Howarah to Jamalpur. This workshop grew gradually and a technical school, The Indian Railways Institute of Mechanical and Electrical Engineering was setup. To this day, both the workshops and the institutes have developed enormously. Read More.....


Geography and Climate of Jamalpur

Jamalpur is located in Munger district. It is located at 25.3°N latitude and 86.5°E longitude. It is elevated at 151 metres above sea level. The climate of Jamalpur is subtropical. Jamalpur witnesses three distinct seasons that is summer (March to May), monsoon (June to September) and winter (October to February). The geographic features of Jamalpur are truly marvelous. The beautiful hills and the waterfalls along with the greenery give Jamalpur a picturesque beauty. The hills situated above the city provide a warm place for meditation. Jamalpur is at its best during the monsoon. The waterfalls, lakes and the adjoining hills really make the place a paradise. Read More...


Places to Visit in Jamalpur

The first place that comes to anyone’s mind while visiting Jamalpur is ‘Kali Pahar’. ‘Kali’ means black and ‘Pahar’ means mountain. It is one of the most famous tourist attractions in Jamalpur. It is the most ideal picnic spot for anyone and everyone. Also the warm atmosphere surrounded by hills makes it the best place for meditation. There are many sightseeing locations in and around Jamalpur. Another such place of attraction is the JSA Ground Stadium. This is one of the well maintained small stadiums in the state. A number of famous football matches were held in this stadium. Similarly Jamalpur Gymkhana is also a very well know place. It is a hostel and also a learning ground for the trainee officers and the Special Class Railway Apprentices, where they spend four fantastic years of their life. The Jamalpur Golf Course is another famous tourist attraction in Jamalpur. This particular golf course which is run by the Central Institute of Eastern Railway is one of the oldest golf courses in the country. This 18-hole golf course was established in the year 1913. Read More....


Culture and Festivals of Jamalpur

Jamalpur has rich cultural heritage in every aspect. It has a very old tradition of folk songs and handicrafts. The lifestyle and culture of people in Jamalpur have great impact on the festivals celebrated. People in Jamalpur celebrate a wide range of festivals which includes Holi, Dussehra, Deepwali, Durga Pooja, etc. which are very commonly celebrated in India. Other than these, some of the important festivals celebrated in Jamalpur include Ram Navami, Chatth Puja, Makar-Sankranti and many others festivals which brings out the culture of Jamalpur. Read More...

Jamalpur has well connected network for all means of transport that is, road, air and of course train. Trains from Delhi, Kolkata and Mumbai stop at the Jamalpur junction. There are well connected road way and railway networks between Jamalpur and Munger. Jamui a city which is just 32 km far from Jamalpur has 2 airports. Also, there is another airport in Mokama city which is 35 km away from Jamalpur. This city also has a small airstrip. The local transportation in Jamalpur includes buses, autos, taxis. Auto rickshaws are the most common mode of local transport in Jamalpur .

Jamalpur offers a wide range of variety when it comes to shopping. There are also paintings of mythological gods and goddesses which are hand painted by the woman folk in Jamalpur. Beaded jewels, handloom products and local handicrafts are some of the other things to shop in Jamalpur. Bargaining is the most important part while shopping in Jamalpur and there is no limit to such bargaining. Hand-woven clothes and exquisite paintings replicate art and culture of the region. 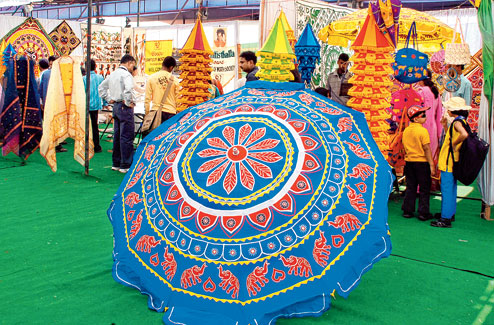 There is also a wide range of Bihari sweets available in Jamalpur which includes ‘petha’, ‘tilcoot’ and of course the most famous ‘soanpapri’ which is made of gram flour and sugar. There are also a number of restaurants available to taste these delicacies. Jamalpur can never fall short of items to shop mainly with items such as wall hangings, bamboo work, crafted baskets, wood carvings, pots made of clay and many more such items which tourists can’t resist buying.


Jamalpur at a glance